On Friday, the community came out to 16th and Valencia to hold space, mourn the death of Wan Mei Tan and demand long-overdue street safety improvements in the Mission that prioritize people over speeding cars. Everyone agrees: No More Pedestrian Deaths.

Send an Email to Demand Action

Since 2005, 66 people have been injured, 2 killed, and countless more have had close calls at 16th St. & Valencia. Both streets are dangerous for pedestrians, transit riders, bikers, and as we saw this weekend, even drivers.

Email the City to Demand Action

It’s not even that hard for the city to make these dangerous intersections safer. All they need is some concrete (or, sigh, plastic) and paint and the intersection can be much slower & safer. We know because we did it.

Send an Email to Demand Action

16th Street is also hella dangerous - 2 people have been killed on this street since Jan 10.

Bus lanes, bulbouts & other upcoming 16th Street improvements are a start, but without restrictions for thru traffic, our lives will continue to be in jeopardy.

We need the city to commit to standard infra treatments after serious crashes. Safety improvements keep getting watered down - no more excuses

Email the City to Demand Action 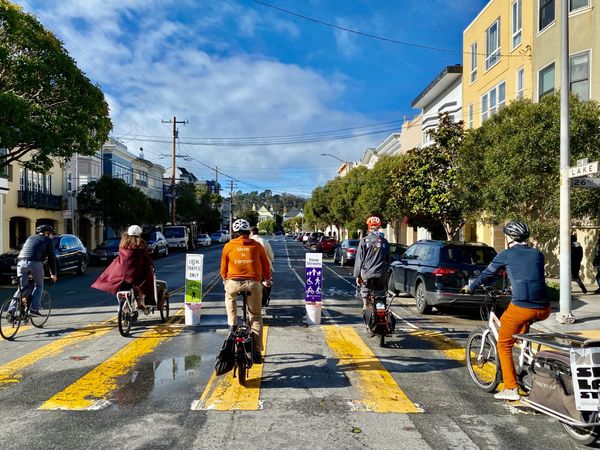 After official signage was abruptly removed from Slow Lake St, the community came together to fix the suddenly unsafe conditions. To fill in for the temporarily missing official signs, we used wood, concrete, and buckets lined with retroreflective tape. These were deployed Sunday 12/11. Within a few days of 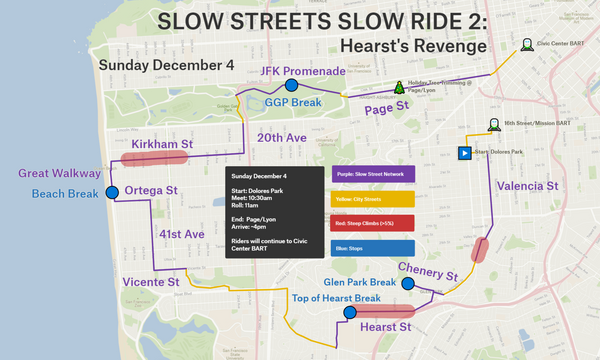 If you haven’t heard, we won Car Free JFK. The Board of Supervisors voted today to approve the Mayor’s plan. This is a great first step in our fight against car dominance. We are energized to continue our fight for a permanent Great Walkway, car-free Valencia, Polk and